Edison student, Ammar Aloush spent his summer giving back to the school and building his confidence! Read about how he gave back below: 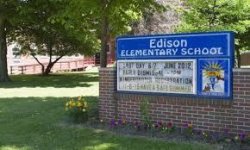 During the long summer days, most children are at home playing, but not Ammar Aloush.  Ammar chose to come to Edison everyday this summer – taking off only three days to help his mom care for his newborn brother.  During the last day of school, Ammar told Edison staff that he “will come back every day to help around the building.”  We thought, maybe Ammar would show up for a week or two until he got bored, but Ammar came every day diligently throughout the summer.  He helped move items, clean spaces, stuff folders and decided to join the Summer Camp program in the afternoons.

When summer began, Ammar was shy and self-conscious about his language skills.  His native language is Arabic.  Ammar would barely speak with staff except to get directions about various tasks. By the end of summer, Ammar was sharing stories about what he did the night before, his love for painting, and even making jokes.

With Edison becoming a community school, we were able to welcome Ammar and support him as he found meaning and purpose throughout the summer.  We connected Ammar to Summer Camp programming and provided him the opportunity to experience several field trips.  Staff built a strong rapport with family as well, who then were comfortable enough to come into school despite the fear of the language barrier and ask for a crib for the new baby.  The emphasis on relationship building that the Community Schools model promotes, was embraced by adults and a student who returned for his fifth grade year feeling confident, ready to learn and connected to those who care about him. 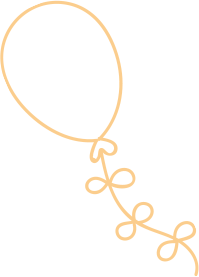